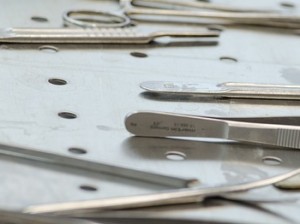 In one of Adam Smith’s most highly quoted passages from his foundation texts in economics he states:

“It is not from the benevolence of the butcher, the brewer, or the baker that we expect our dinner, but from their regard to their own interest. [1]”

Yet the organ donation system seems to exist exactly on this sort of benevolence. Only Iran has so far set up a market for kidneys, in other countries when the level of donated organs run short than the black market steps in. In 2012 the UK had its first case of  person being trafficked in simply for organ harvest [2]. In South Africa an undercover operation revealed wealthy Israeli’s paying up to $120,000 for kidneys coming largely from Eastern Europe where the recipients were paid between $5,000-$20,000 [3]. Most worryingly perhaps are allegations (hotly contested it should be noted) that emerged of Kosovans harvesting the organs of their Serbian captives during the 1999 conflict [3].

It is into this world that Dirty Pretty Things takes us. Chiwetel Ejiofor is Okwe,  a Nigerian Doctor on the run who survives in twilight world of illegal migrants. By day he works as a Khat* chewing taxi driver and by night a hotel reception staff. It is after finding a healthy human heart clogging up one of the toilets (the explanation of how it got there is never particularly satisfactory) that he discovers a black market organ ring where illegal immigrants sell their organs in return for money and forged papers. Audrey Tautou also works at the hotel as an undocumented Turkish cleaner and it is her desperation for a ticket to America that forces Okwe in from the sidelines.

As a movie Dirty Pretty Things works well. It has a grainy realism and shows a side of London that most know exist but conveniently manage to avoid. As bioethical commentary on the exploitation of the vulnerable to supply organs it works less well (admittedly the director may have an audience composed of more than just bioethicists in mind), there perhaps a more subtle interplay with the sale of body parts and the likely coercive effect this will have (an issue I hope to explore in further posts).

[3] Organ Transplants: The Gap Between Supply and Demand, The Economist, Oct 9th 2008