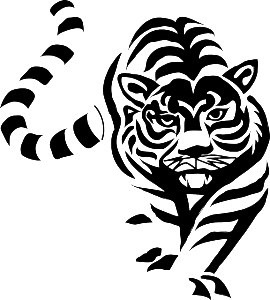 The killing season (or the July effect as it is more benignly knows as in America [1]) is the time when new doctors are let loose onto the wards. Anecdotal reports of a corresponding increase in mortality have never been substantiated but have entered the popular imagination thanks in large part to the 1990s BBC television show Cardiac Arrest. Dr Claire Maitland (a youthful Helen Baxendale) starts at the cynical SHO guiding her new houseman Andrew Collin through the pitfalls of surviving as new doctor.

“You come out of medical school knowing bugger all. No wonder August is the killing season. We all kill a few patients while we’re learning.”

Claire (voted as one of the most favourite TV doctors by medics [2]) is brutal in her teaching methods and current hospital culture. In another of her instructive homilies she tells Andrew that:

“You work in a pool of excrement, your job is to swim for the shallow end.”

When it was first broadcast Cardiac Arrest provoked outrage for its portrayal of nurses with the Royal College of Nursing complaining that it portrayed their members as “witless, sex-obsessed and callous [3]” and whilst admittedly the first season was unsparing in its criticism they became more central and sympathetic characters into the second and third season. The show touched on many other areas including the casual sexism and racism so often heard (and whilst medicine is perhaps one of the more inclusive professions especially when compared to the bar racism still sadly exists). The real strength of the show however was is its realistic portrayal of junior doctors and the tensions between management and clinical staff.

Whilst conditions had dramatically improved when I undertook my house jobs in 2010 they remain in part some of the most demoralising experiences one can go through. The unrelenting pressure meant I slowly sacrificed the principles I held dear. All the judgments I made as a medical student of other doctors who resorted to black humour or spoke disparagingly of their patients and the promising myself I would never become like them. Of vows I made to always have the time to speak to my patients and show them small acts of kindness. One by one the things we hold dear are beaten out of us, finding time to eat on a long day becomes prioritised over explaining to worried old ladies what was happening to them and after a miserable two weeks of straight working, barely seeing family or friends, only the darkest most cynical humour, nearly always at the expense of patients served as good cheer. It was the Oxford Handbook of Clinical Medicine (colloquially known as the ‘Cheese and Onion’ or ‘Bible’ puts it:

“We cannot prepare you for finding out that you do not much like the person you are becoming…House jobs are…the anvil on which we are beaten into a new and perhaps rather uncomfortable shape. Luckily not all of us are made of iron and steel so there is a fair chance that, in due course, we will spring back into something resembling our normal shape, and in doing so we may realise that it was our weaknesses, not our strengths which serves us best [4]”

The first season of Cardiac Arrest takes us through Andrew’s journey who starts an idealistic new doctor, beaten in the end to someone hoping an old man could have died before arrival to hospital so that he could steal a few hours of rest in the early hours of the morning. Season 2 and 3 expand the show, we see Andrew grow as a doctor and the strained relationship between management and doctors spirals to its fatal conclusion.

Nina Raine’s Tiger Country brings an almost updated version of Cardiac Arrest to the stage.  It starts with the rather implausible handover of patient between urology and cardiac registrar and its occasionally medical inaccuracies and unrealism may attract the odd bouts or ire from the medical viewers that likely to pass unnoticed by all others. The play centres on what the practise of medicine does to doctors, to their personal lives and how it blunts their raging at injustice to apathy.

Emily serves as our Andrew equivalent, a good doctor who gets diagnoses right and takes the time to listen to her patients. Ultimately we know where the play is heading, unlike Cardiac Arrest the characters are allowed their clichéd redemption. Whilst Tiger Country is a fine play it fails to go beneath the service. It is removed from the modern NHS, the four hour rule which imposes time limits on how long a patient can spend in A&E gets cursory mention even though it is the bane of any us that have worked in A&E. Any patient that that approaches three hours thirty in real life will cause a flurry of managers to appear and harass the clinical team till they are moved on. In one of its most powerful dialogues, Emily’s boyfriend James explodes into a rant when asked by Emily to go above and beyond to suture an elderly patient:

“…You don’t get it, do you? You can give and give and give. And this place will take and take and take. From the lazy shitty nurses to the administrative fuck-ups down to the contract cleaners that don’t clean. It’s a massive juggernaut riddled with vested interests and inertia and filth and it will fuck you in the arse. You don’t get paid more if you work more and you don’t get paid less if you work less so work less. Work less. Save yourself. You think you’re going to survive on the feel-good factor? This is the Soviet Union. There isn’t enough NHS. There isn’t enough me. I’ve missed weddings, parties, life events and so have you, I’ve given my pound of flesh without any regard for my own health and happiness, I’ve destroyed and suppressed what’s important to me, at least give me a career out of it. I won’t by staying late. I might by having a drink with my consultant. I’m out of here. I’m not doing any more unpaid work for the NHS than I have to [5].”

Tiger Country does a wonderful job at illustrating the clinical pressures on doctors in the NHS. My only regret for it is that it could have been so much more. Ultimately most doctors would tolerate the idiosyncrasies of the clinical encounter. What drives many to despair is the management absurdities and bureaucratic pressures and that sadly is missing from this otherwise fine play.

Whilst I sometimes wonder whether watching Dr Carter in ER pushed me into a career in medicine Cardiac Arrest is hardly a show to inspire new recruits. It is medicine and doctors at their most brutal. Unlike other hospital shows adversity lead not to moments of individual revelation and triumph but to but to breakage and destruction. Its refusal to allow its characters redemption,  its realistic portrayal of life as a junior doctor in the NHS mean that despite the passage of two decades Cardiac Arrest still remains the realistic medical show created for television.